Swedish Island of Hven is located in the strait of Denmark and is a small piece of land, only 8 square kilometers large, since long time ago dedicated to agriculture.

The same name distillery utilizes only bio botanicals from the island and bio wheat alcohol. The gin is refined in barrels between first and second distillation made with a non continuous copper pot.

This is the gin served at NOMA in Copenhagen.

* Curiosity: The alcoholic level of Navy Strength comes from XVIII Century, when the ships of the English Navy were always carrying a reserve of gin as a cure against malaria, scurvy and other illness. But some officers realized that, if you were pouring gin on gun powder the same was smoking only if the gin was at 57° ABV. Since then, the standard on ships became this gradation, the so called Navy Strength. 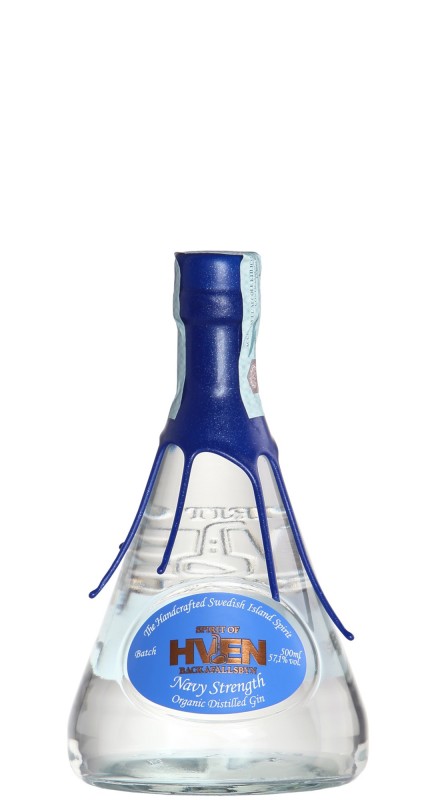