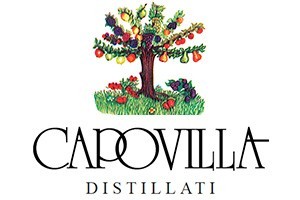 Vittorio Gianni Capovilla is widely recognized as one of the best distillers in the world.

Possessed by an irrational passion for fruit, this old mechanic started the search of the rarest and surprising varieties through the Alps, in France and Romania. Real technician at the service of Nature, since 1976, through a large number of patents by him deposited, both for distillation, conservation and reduction before bottling, he has been trying to extract the quintessence of fruit and peels.

For ten years Gianni exercised in fruit distillation, then in 1986 decided to open his own distillery in Ros Veneto region. Besides his aquavit made with Vesuvius Mountain apricots, is distilling Pears Williams, black cherries, peaches from the vineyard, wild cherries, wild blackberries and currants.

Just as an explaining example: to obtain a 50 cl bottle of his wild cherries distillate, the best in the world, he uses around 30,000 cherries.