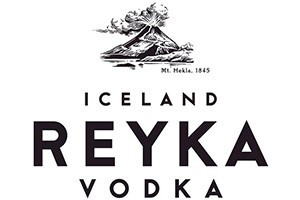 The spirit of Reyka is encased in three words starting with “P”: People, Production and Provenance.

The first word tells about a team of three experts in distillation, responsible for the entire production cycle inside the first Iceland Distillery in the small town of Borganes, 72 Kilometers from Reykjavik, on the east coast.

The second word is because Reyka is the first vodka produced with a Carter-Head copper pot.

The third one is related to the virgin nature with artic spring water and lava covered land formed about 4000 years ago, with CO2 levels decreasing year after year. So Reyka is made in a just once distillation in small batches, starting with the main ingredient – water – which is probably the purest in the world.

Every full cycle of distillation requires 6 hours and produces no more than 1500 bottles. No kind of filtration with artificial filters is made, but instead they use the lava rocks fully available in the surroundings. All energy employed in the production is geo-thermal, which means naturally generated by the volcano activity in the island, so the impact on the environment is equal to zero.

The result is a highly fragrant vodka, fresh and floral, with a soft taste with cereal notes and a botanical aftertaste.