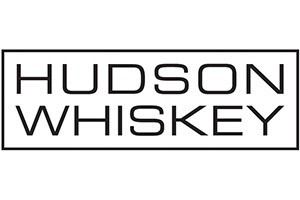 First rye produced in New York State after prohibition, Hudson is aged in very small barrels for a short period of time. The result is a very high quality of fruit and a blossomed maturity which disclose, once emptied the glass, notes of pipe tobacco and liquorices.

It’s a perfect way to recall the universe of American whiskey and to cancel all the wrong ideas about it.

Tasting notes
• Color: copper with orange shades.
• Fragrance: fine and elegant, the dried fruit (fig, apricots) is the first to be detected. Later a thin perfume of caramel encloses chocolate and leather aroma. Cardamon, mint and thyme donate freshness.
• Taste: vivid and aerial. Vanilla at the beginning, waves of black pepper and cloves roll later on the tongue. It then quietly brings juicy notes of Mirabelle and greengage.
• Aftertaste long and soft. Spices are now sweeter (cinnamon). Prominent notes of underwood (champignon). Luxuriously wooded, it extends on salty butter caramel and berries (blackberries).