Craigellachie, despite its venerable age, is a distillery that has maintained a good compromise between tradition and modernity. In 2014, after being acquired by Bacardi, they reveal a complete range of three new official bottles: 13, 17 and 23 years, against the traditional aging of 12 or 18.

Tasting notes
• Nose: citrus and pineapple first, while in the background the oak notes become more and more toasted as you advance.
• Palate: salted caramel, creamy vanilla and orange peel. Cinnamon, nutmeg and a light fragrance of sulfur give it a lot of depth.
• Finishing: sulfur lasts, but is not oppressive - sweet spices bring balance to the long finish. 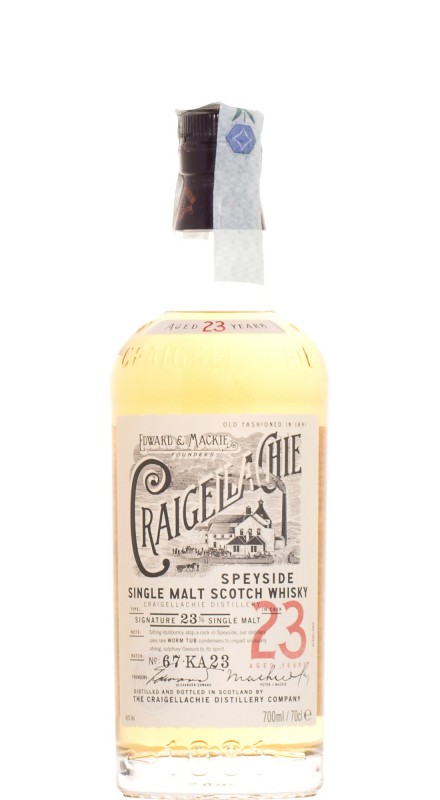