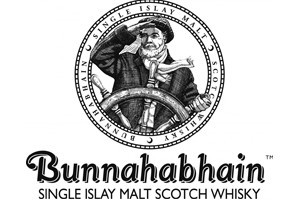 Bunnahabhain distillery is located on the northeastern part of the enchanting island of Islay.

Founded in 1881 by a partnership known as Islay Distillery Co Ltd., in 1963, following the boom in market demand, the distillery expanded, bringing its pot stills from 2 to 4.

In 1999 the distillery was acquired by the Edrington Group, which to limit costs and probably with very little confidence in this whisky's potential, put the Bunnahabhain in limited production.

In 2003 the Bunnahabhain is sold to the Burn Stewart Distillers plc. for around 12 million euros (the popular blended Black Bottle will also be included in the deal). Today the distillery has an annual production of 2,500,000 liters, and as many as 21,000 barrels are used for the maturation and bottling of the Bunnahabhain single malt and the Black Bottle, the remaining product is used for the Cutty Sark and The Famous Grouse blends.