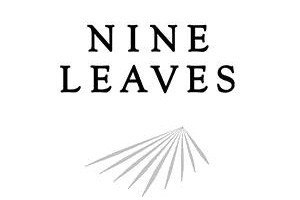 Nine Leaves is a microdistillery located in Shiga prefecture, not far from Kyoto in Japan. Its founder, Yoshiharu Takeuchi, in 2013 identified a shore of Lake Biwa as an ideal venue for the start of this adventure.

The reason lies in the fact that the water of the lake is strongly mineralized, in fact it lies on magmatic stones and on an old anorthite quarry, a limestone of which is rich that area of ​​the country.

As a lover of malt whisky, Takeuchi tried to trace the latter's artisanal production process in the creation of his rum, being helped by a well-known Scottish house in the choice of the still and learning the distillation techniques of the famous Chichibu distillery for Ichiro's malts.

In his distillery there are two stills and two distillation phases. After finding the water, Takeuchi looked for sugar cane. He met it on the island of Okinawa, where it represents the second economic source after tourism.

Here Nine Leaves buys Muscovado (Kokotou in Japanese, literally black sugar) which they uses as a raw material. After the fermentation of the Muscovado sugar diluted in water, the whole is distilled for the first time in a robust discontinuous copper still, with a large dephlegmator where heart and tails are extracted.

The second distillation is done instead in a second copper still, with the highest and finest dephlegmator and swan neck. It is here that the cutting of the tails takes place and the definition of the aromatic profile.

At the end of the process water is added to bring the alcohol concentration to 50% abv and finally the rum is bottled, labeled and numbered by Takeuchi himself. There where aged, the distillate rests in barrels of French or American oak, although Yoshiharu is experimenting with aging in barrels that have previously contained fine French and Italian wines.