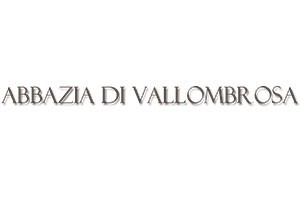 In the Tuscan-Emilian Apennines, at 1,000 meters above sea level, surrounded by a forest of age-old plants, stands the abbey built in 1028 by San Giovanni Gualberto, who founded the Benedictine Congregation of Vallombrosa, recognized in 1055 by Pope Vittore II.

The complex of current buildings was built between 1450 and 1470; then in 1529 it was badly damaged by the passage of the army of Charles V and, restored in the seventeenth century, assumed the characteristics of a castle.

In the Napoleonic period, following a decree that established the abolition of all religious congregations, issued by the French government, the monks had to abandon the abbey. The monastery was restored in 1815 and in 1869, under King Vittorio Emanuele II, it became home of the Italian Forestry Institute.

After being returned to the monks, in 1949 a complex work of restoration by the Benedictine monks began, combined with the restoration of traditional practices that had always characterized the daily life of the monastery.

Famous for the production of honey, chocolate, herbal remedies for face and body care, liqueurs and bitter distillates of many herbs, the abbey is especially renowned for its Dry Gin, solely based on a wild variety of juniper berries that grow in the hills between Sansepolcro and Pieve Santo Stefano, in the province of Arezzo, discovered during the years in which the monks carried out forest restoration activities for the Forestry.
The high aromatic concentration found in this plant guarantees its use in distillation in a monovarietal form with excellent results, to the point that some Anglo-Saxon selectors have selected some samples to produce Single Estate Gin produced with the cold compound technique.