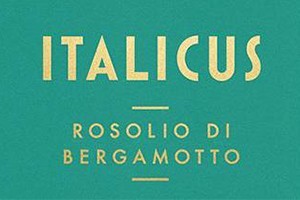 In the production process, Sicilian cedar peels and bergamot peel grown on the Ionian coast of Calabria are infused in cold water in order to stimulate the release of essential oils, according to the traditional process called Sfumatura. Furthermore, there is an infusion of Roman Chamomile grown in Lazio plains, lavender, gentian, yellow rose and lemon balm.

The bottle, in tempered aquamarine-colored glass with golden inserts on the label, was developed by Giuseppe Gallo himself in collaboration with the British agency Stranger & Stranger, which had just made Solerno, Reyka and Compass Box packaging.

Italicus was launched in September 2016 at the Savoy Hotel in London and is currently distributed in 15 countries. Just over a year after its launch, Italicus won several international awards, including Best New Spirits 2017 at Tales of the Cocktail in New Orleans, Innovative Product Europe at BCN in Belin, Innovative Product Italy at Bargiornale (Italy).

Thanks to its aromatic citrus structure, with spicy and herbaceous notes reminiscent of the pungent tones of gentian and fragrant chamomile, Italicus is perfect for use in fresh and light long drinks: for istance, it is recommended for the use in Italicus Spritz - with champagne and garnish of olives - or in White Negroni - with gin, white vermouth and garnish of green olives.