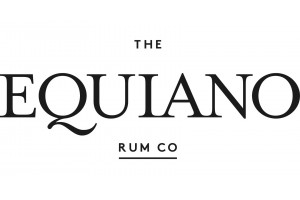 Olaudah Equiano was born in a Nigerian village in the late 1700s and, like many others, he was enslaved while still a child to be sent to the New World. From here, he begins a story of emancipation, first personal and then universal.
Paid the ransom that makes him a free man again, Equiano settles in London and becomes one of the first English-speaking African writers, fighting for the abolition of slavery. His autobiography becomes a literary case and gives further strength to the abolitionist movements of that time.

More than 200 years after the adventures of Equiano, the Gray Distillery of Mauritius and the Foursquare of Barbados have joined forces to create a rum copying the path of his life, from Africa to the New World. The result is a one-of-a-kind rum, the first Afro-Caribbean ever made. Equiano was born in Mauritian Gray style from a distillate of indigenous sugar cane molasses, aging both in Limousin wooden barrels as well as in ex Cognac ones; then it moves to Barbados where it is enriched with Foursquare Single Blended Rums. The blend of these rums faces a further period of Caribbean maturation inside American oak barrels, which reaches 8 years and gives it considerable complexity.

A revolutionary, experimental rum, as courageous as the ideas of his alter ego in flesh and blood, Olaudah Equiano.