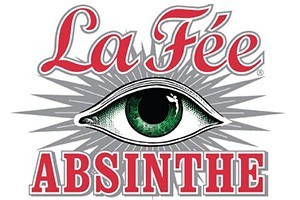 Absinthe is officially declared outlawed in 1915 by the French government (and subsequently by many other countries) due to the alleged hallucinogenic effects that caused its active ingredient, Tujone.

The real reason is that the wormwood became extremely popular in 1870, when the phylloxera affected and destroyed the vineyards throughout Europe and the wine was replaced with absinthe. Thus, in the early nineteenth century, the leading wine producers combined their power and political influence by declaring it illegal.

Absinthe La Fée was the first traditional absinthe to be re-produced in France from the 1915 prohibition period. It contains all the traditional ingredients of the 19th century recipe including wormwood (Artemisia absinthium), green anise, star anise, hyssop and fennel.

The production involves the maceration of the plants during the distillation process, which is neither the fastest nor the cheapest way to produce absinthe, but ensures that when you pour a glass of it you will have the complete tasting experience.

Absinthe La Fée is the only brand approved by the Absinthe Museum in Auvers-sur-Oise, France. For each La Fée production cycle, a sample is sent from the Paris distillery to the museum to ensure that the taste, the bouquet, the color and the louche (the effect of opalescence) are authentic.
No other brand can boast this seal of approval.