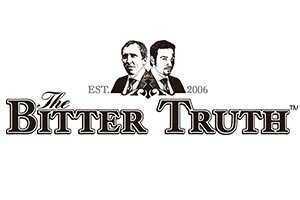 Originally Bitters were an essential component in creating a good cocktail, but with the Prohibition, they slowly disappeared and just few brands managed to survive, but recently there has been a great comeback internationally.

Since 2006, the German company The Bitter Truth is doing its part to contribute to this development.

It all started during the Bar Show held in June 2006 in London when two Munich bartenders, Stephan Berg and Alexander Hauck, had the brilliant idea of ​​producing large-scale bitters, given the scarce supply in Germany.

Later the company also began producing liqueurs that complemented the use of bitters in mixology: Apricot, Golden Falernum, Pimento Dram, Violet and E ** X ** R ... discover them all!