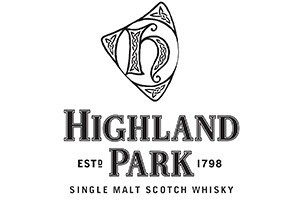 The Highland Park distillery, the northernmost of Scotland and among the most remote in the world, stands on a hill not far from Kirkwall, the capital of the Orkney Islands.

The site on which it stands is probably the same as that in which Magnus Eunson, a chaplain who smuggled whiskey by hiding it in the local church, distilled already in the last decades of the 18th century.

On the archipelago, due to exposure to strong gusts of wind and interaction with sea salt, the presence of trees is almost nil. Only barley and wild heather grow: two essential elements for the production of this single malt.

The islands were submerged by the seas in the previous geological eras, it follows that the peat, in its most ancient layers, presents brackish notes and develops aromas different from the peats of the other Scottish regions.

The process of malting by hand is traditionally carried out on stone floors and for drying, the local peat is used, from the nearby Hobbister Moore, mixed with wild heather.

The distillation is carried out by means of two copper pot stills. Throughout the aging process, from 12 to 40 years, the distillate rests in barrels of Spanish oak ex-sherry oloroso.

The temperature on the archipelago, although exposed to atmospheric agents, is rather constant and with small temperature fluctuations between summer and winter. This factor allows the Single Malt to age slowly.