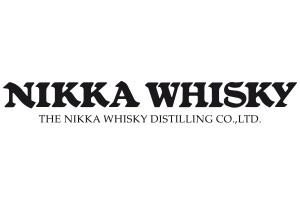 Nikka is today the new trend in malt whisky.
Japan is now recognized by the great experts for its great quality and precision in production. For the past 7 years he has won at the World’s Whisky Awards with his Taketsuru 17 and 21 as the best Blended Malt and with Yoichi as the best Single Malt in the world.

Masataka Taketsuru "the visionary" was born in 1894 from an ancient family of sake producers and is considered the father of Japanese whisky. In 1952 his company took the final name of Nikka Whisky and in 1969 the success was already such as to allow the installation of a second distillery on the island of Honsu.

Yoichi - The best single malt in the world! The distillery has an underground water source, filtered by peat, the best to produce whisky, and also has its own kiln room, topped with traditional pagoda-shaped chimneys. The pot stills are still brightened on a high heat. The location of the distillery, one kilometer from the sea, contributes to the complex character, with salty and slightly medicinal notes.

Miyagikyo - The distillery of the future is on the island of Honshu was chosen after years of research and selected for the purity of the air and the high hygrometric rate, ideal for aging in barrels. Luxuriant nature and ultra modern details: here almost every aspect is controlled by computers.

Malt is imported from Scotland or Australia; the barrels are on two levels in traditional barrels. In 1998 a grain distillery was built with two coffey stills. One of these, a real museum piece, dates back to the nineteenth century, and produces a traditional wheat-based whisky made from corn, and not wheat, as happens more and more often in Scotland.